Pupils in Year 5 enjoyed a trip learning about the mill and watched some live demonstrations. They imagined what live was like for the workers (including children) of the time. Afterwards they visited the 'Apprentice House' in role, visiting the school, bedroom and medicine room. Later, they enjoyed some time in the learning room where they carried out role play and dressed up as rich and poor Victorians. An interesting and busy day! 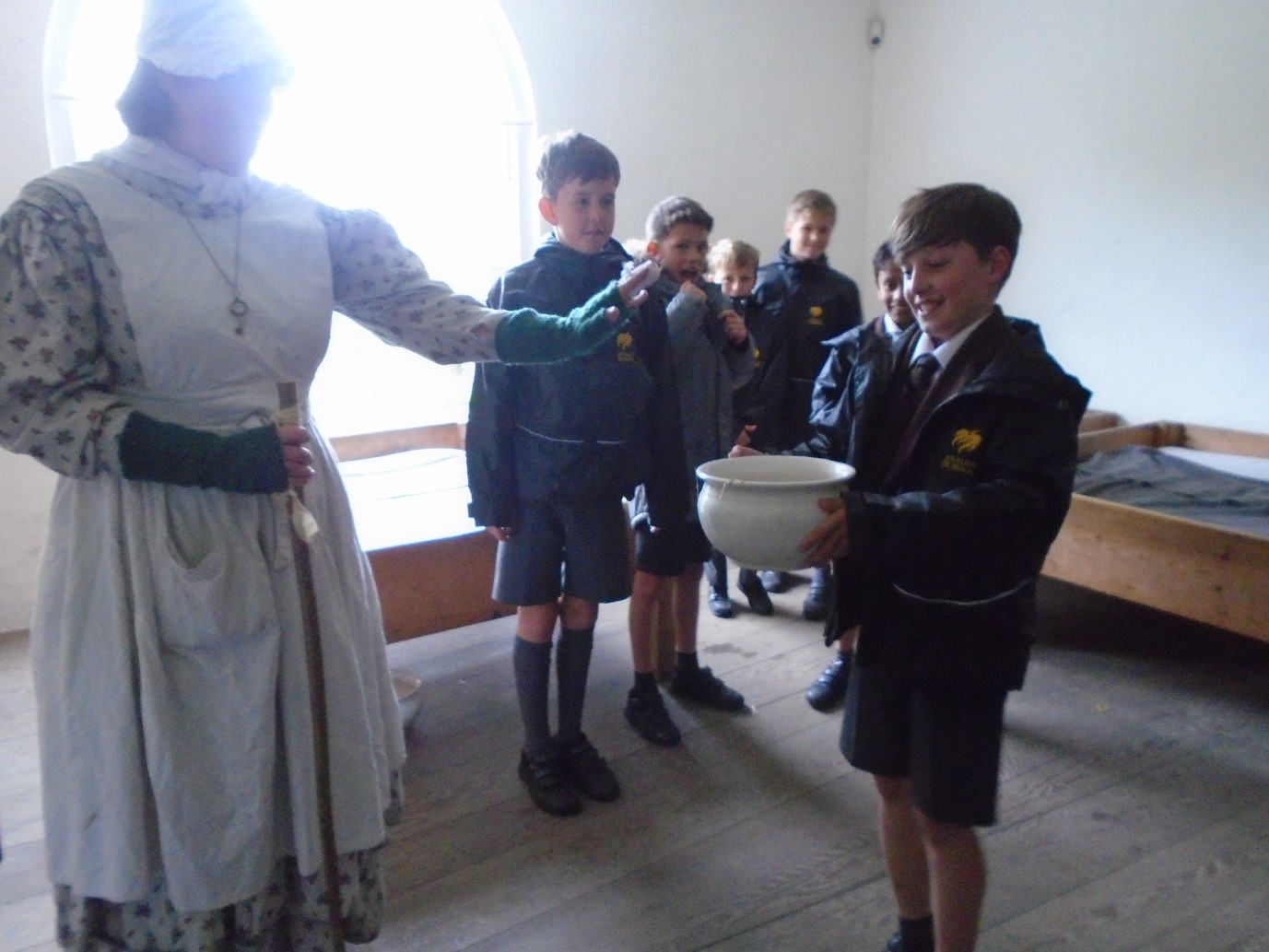 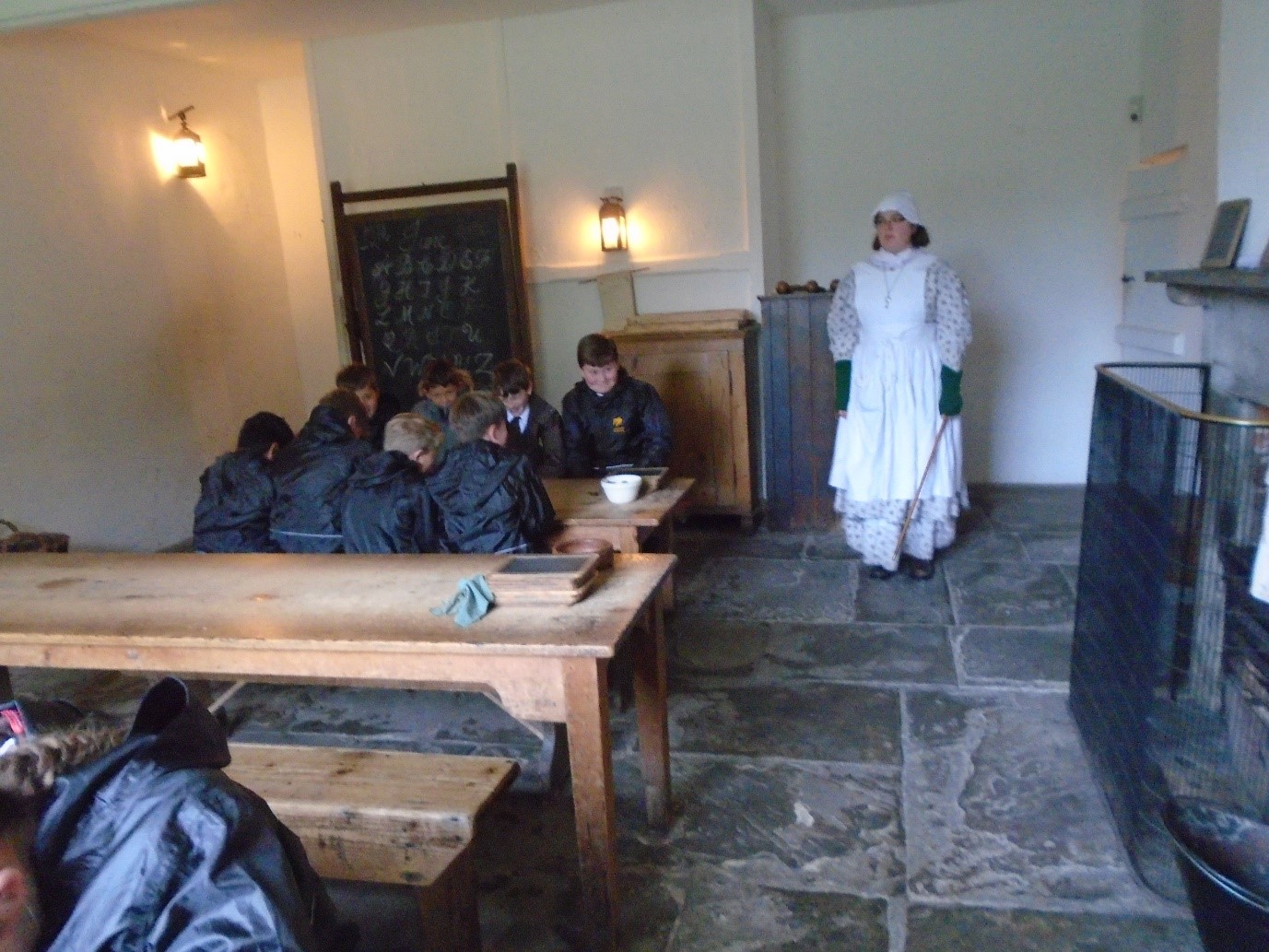 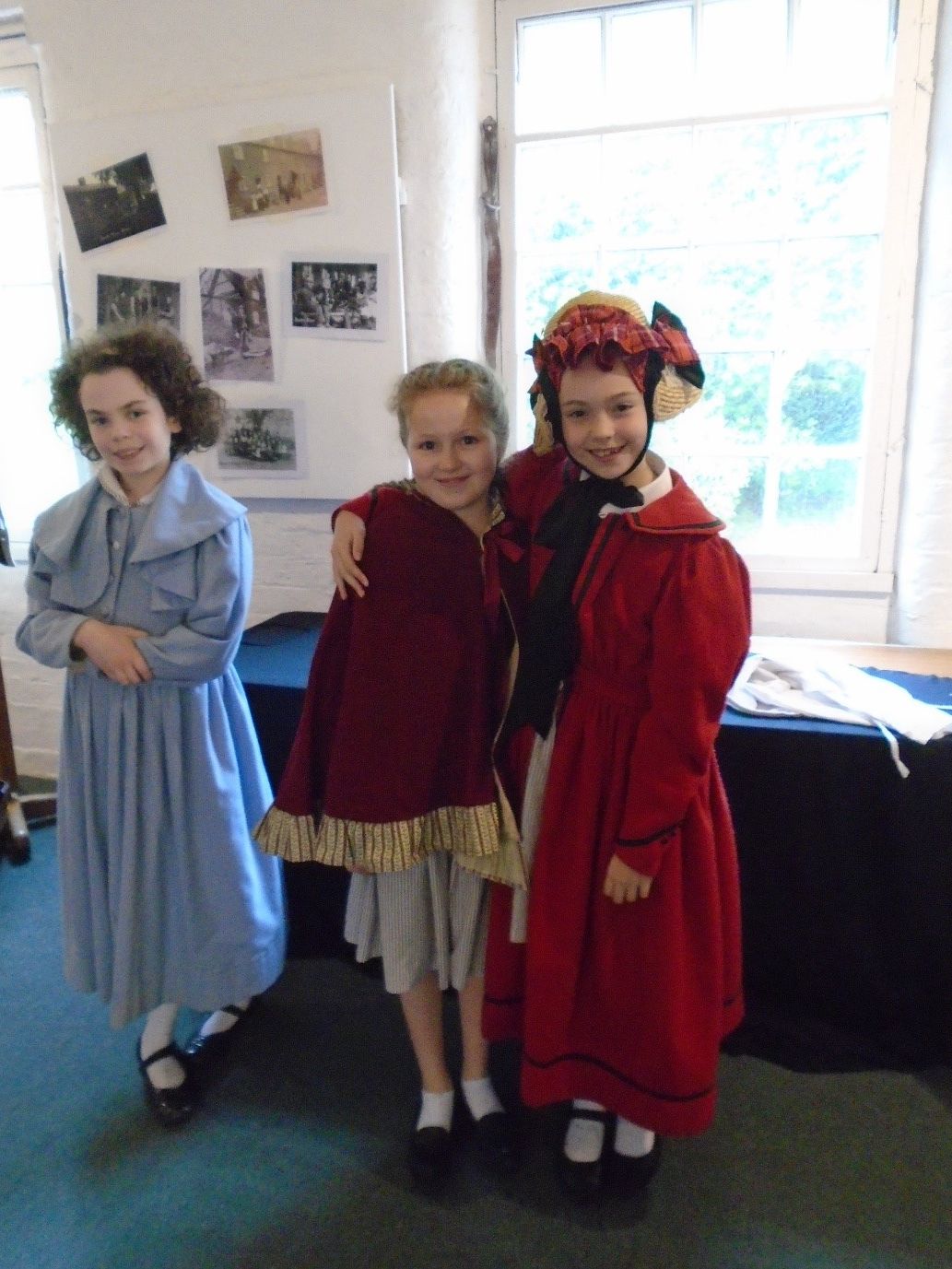 The children in Year 5 enjoyed a fun cross curricular Art and Design Technology lesson during open morning.  The children built their own Spirograph bugs to create space themed spirals inspired by Kandisky's Spirals.

Mrs Hackett was invited into school to teach our Year 5 and 6 Mindfulness some meditation exercises. The type of meditation the children were shown is called TM (transcendental meditation), which involves repeating a specific silent mantra to oneself twice a day. The idea of meditation is to help us relax and learn how to cope with the daily stresses of everyday life. The children certainly felt very relaxed after their first meditation session (as did Mrs McGregor!) 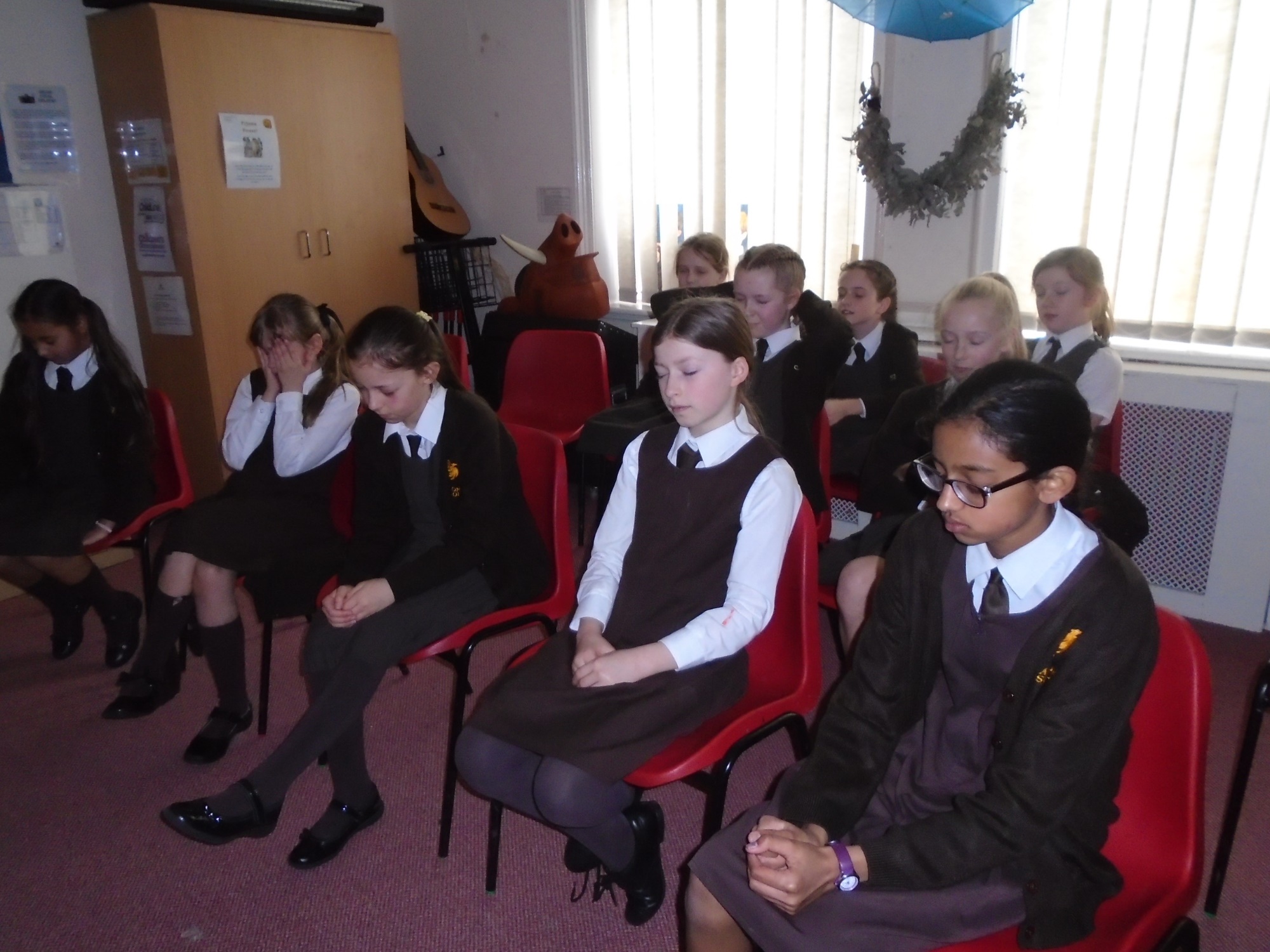 Year 5 have been introduced to physical computing.  Their task was to design a picture that included a light. They had to plan and then wire up their Crumble boards with a battery pack and sparkles. They coded their Crumbles so their sparkles lit up with different flashing colours. 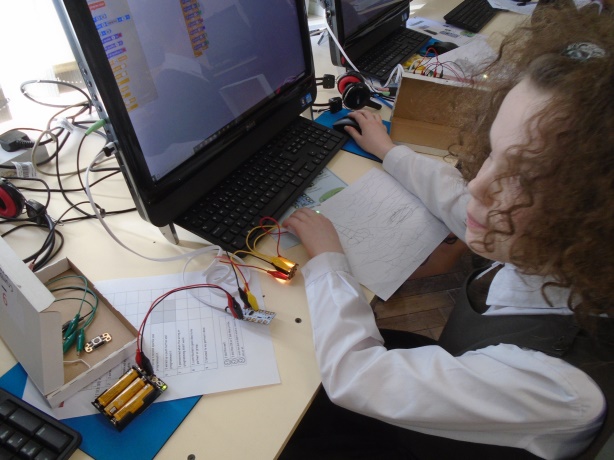 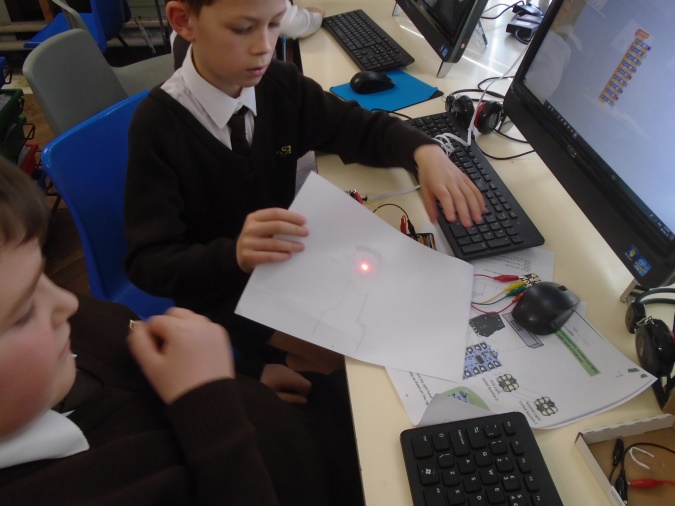 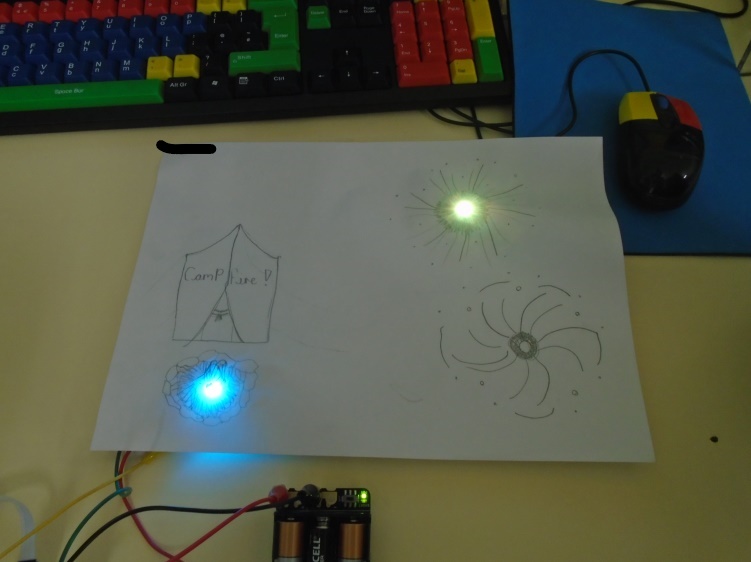 In P.E the children have been working indoors on finding strategies to solve a series of problems. 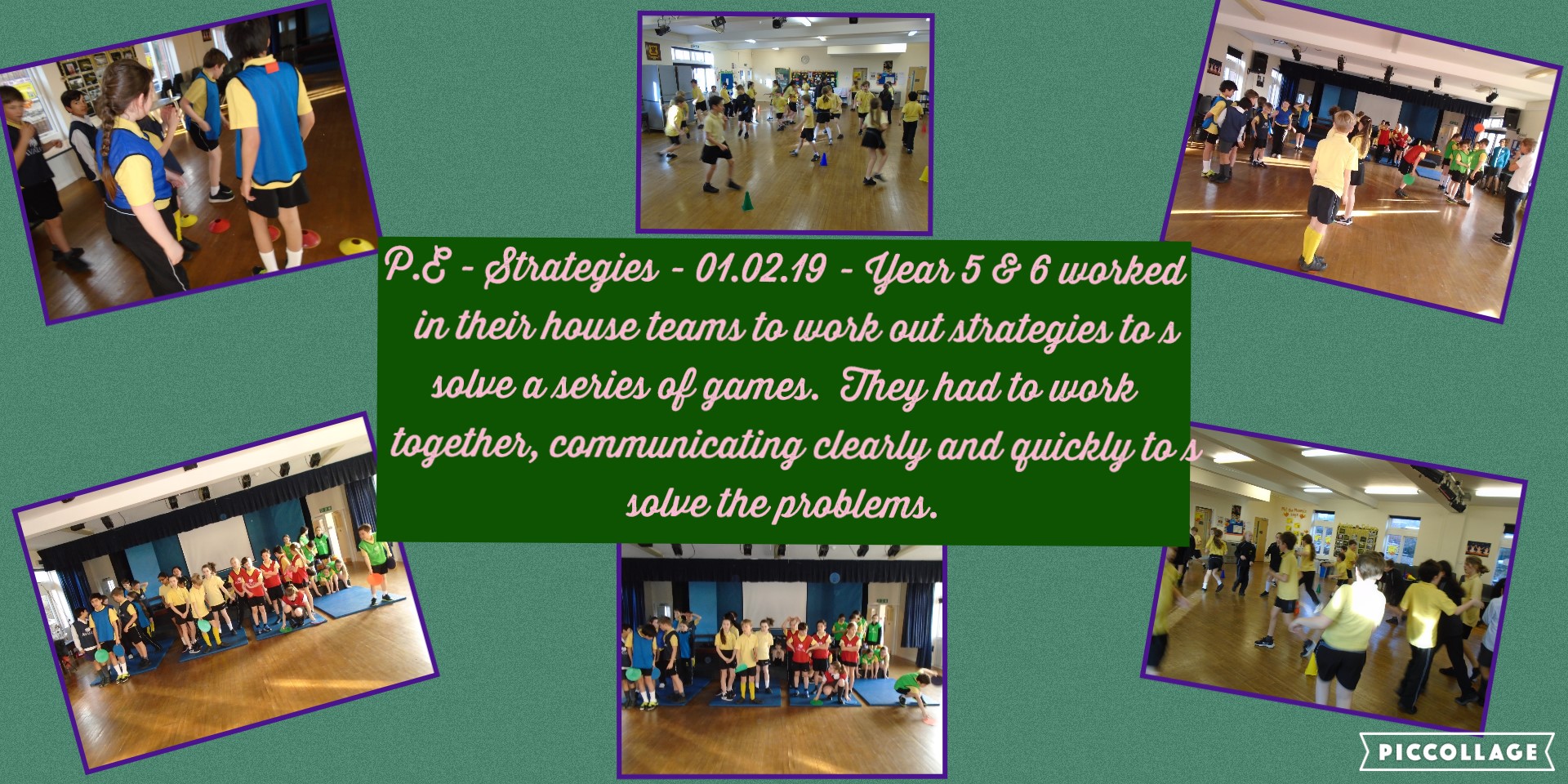 Pupils enjoyed a morning of visiting a variety of exhibitions throughout the museum, they spent majority of the time viewing the space exhibition and making notes using their clipboards. In the afternoon, pupils carried out an interactive session learning about 'Myths and Monsters'. They dressed up as different Gods and Goddesses to help them learn in a visual and memorable way! 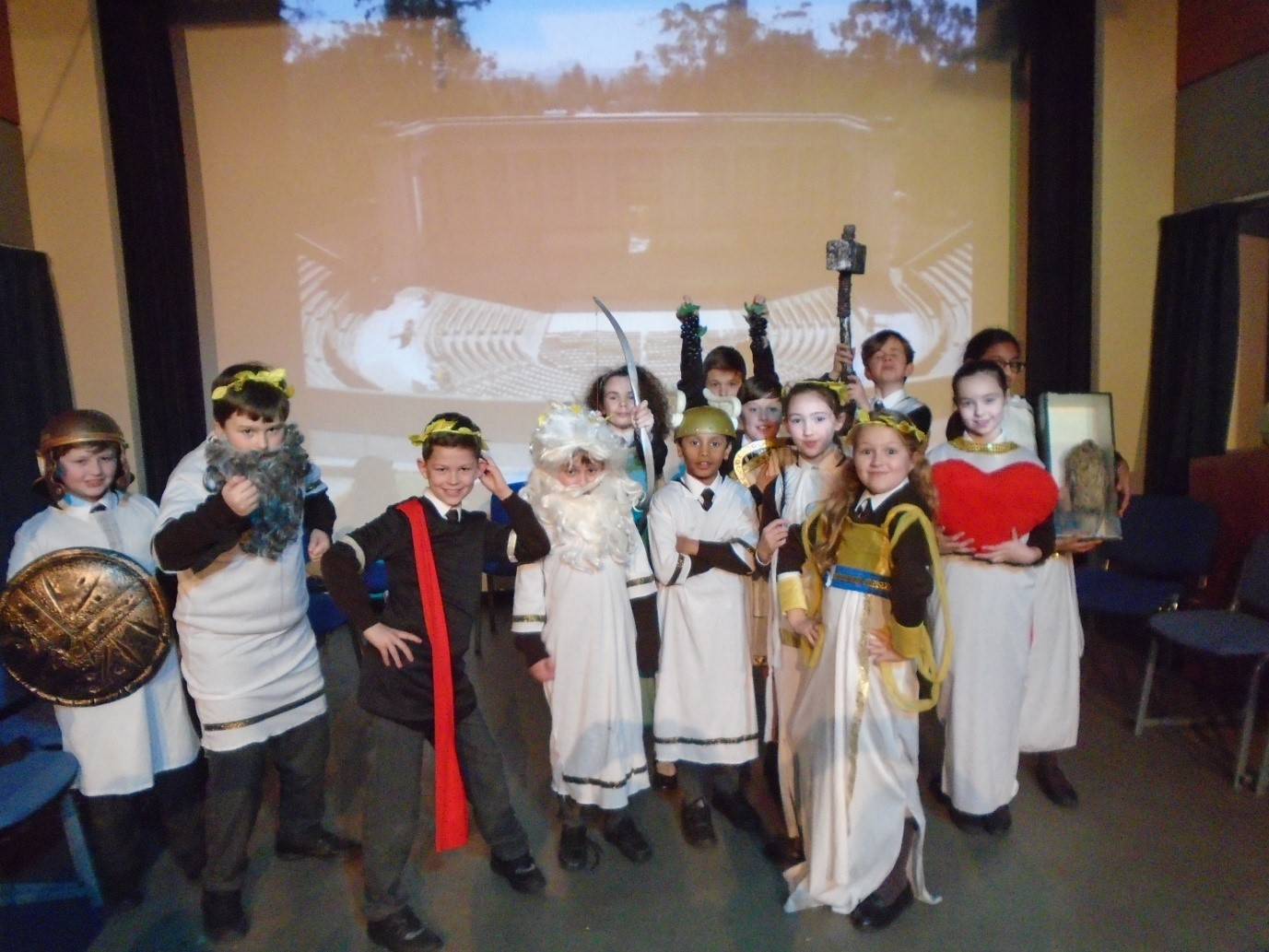 In P.E., Year 5 and 6 have been exploring Balance with fabulous results so far. After experimenting with balances on both large and small parts of the body, we then combined them, focusing on achieving different levels and shapes. The children worked with a partner, copying their balances before moving into group work. The challenge given was to perform a group balance routine, travelling imaginatively into the balance and with each child balancing on a different base. Each group had apparatus to assist them in showing different levels and body shapes. The routines were all well-planned, playing on the strengths of each group member and the feedback from the audience was both useful and positive. 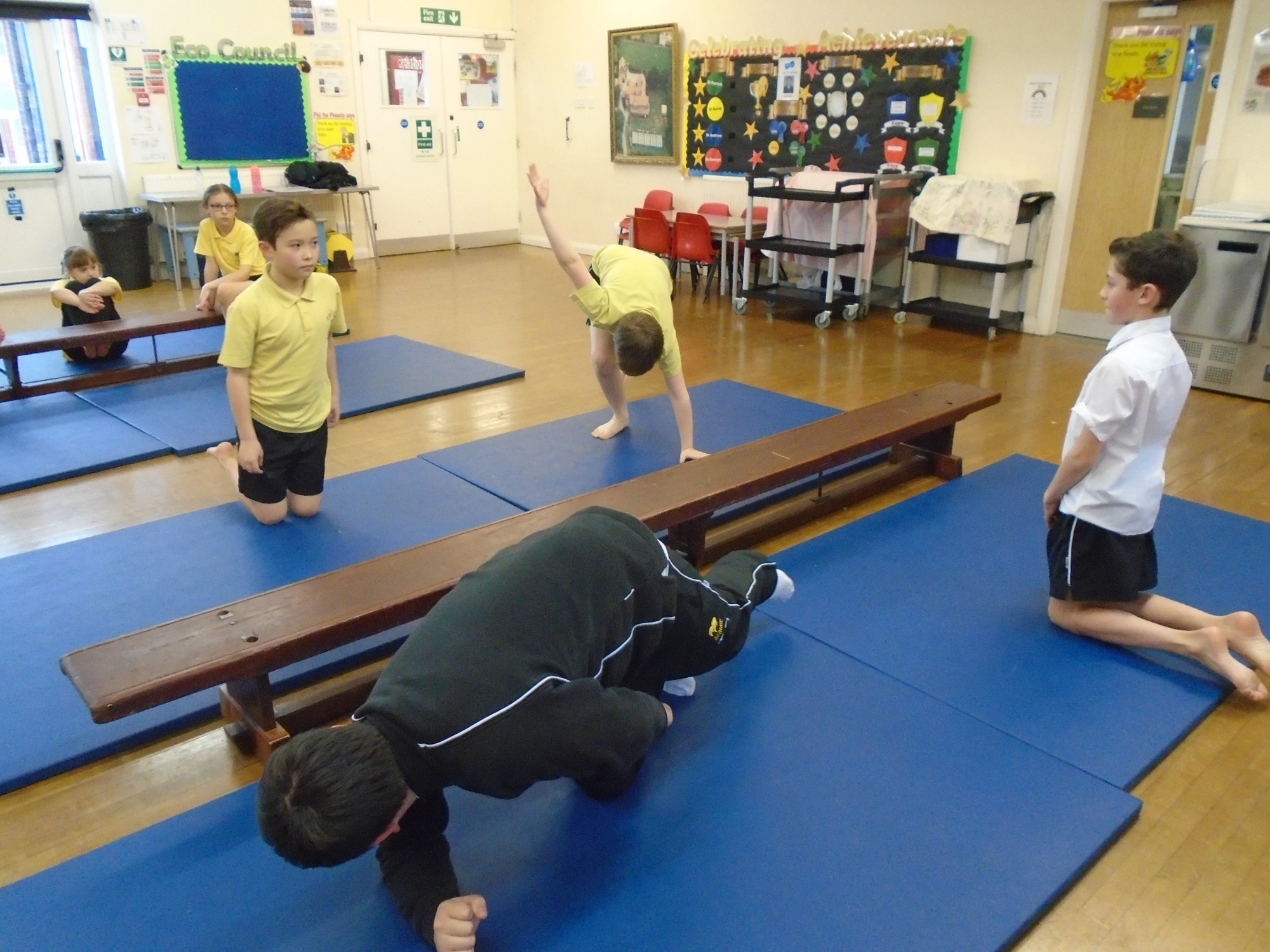 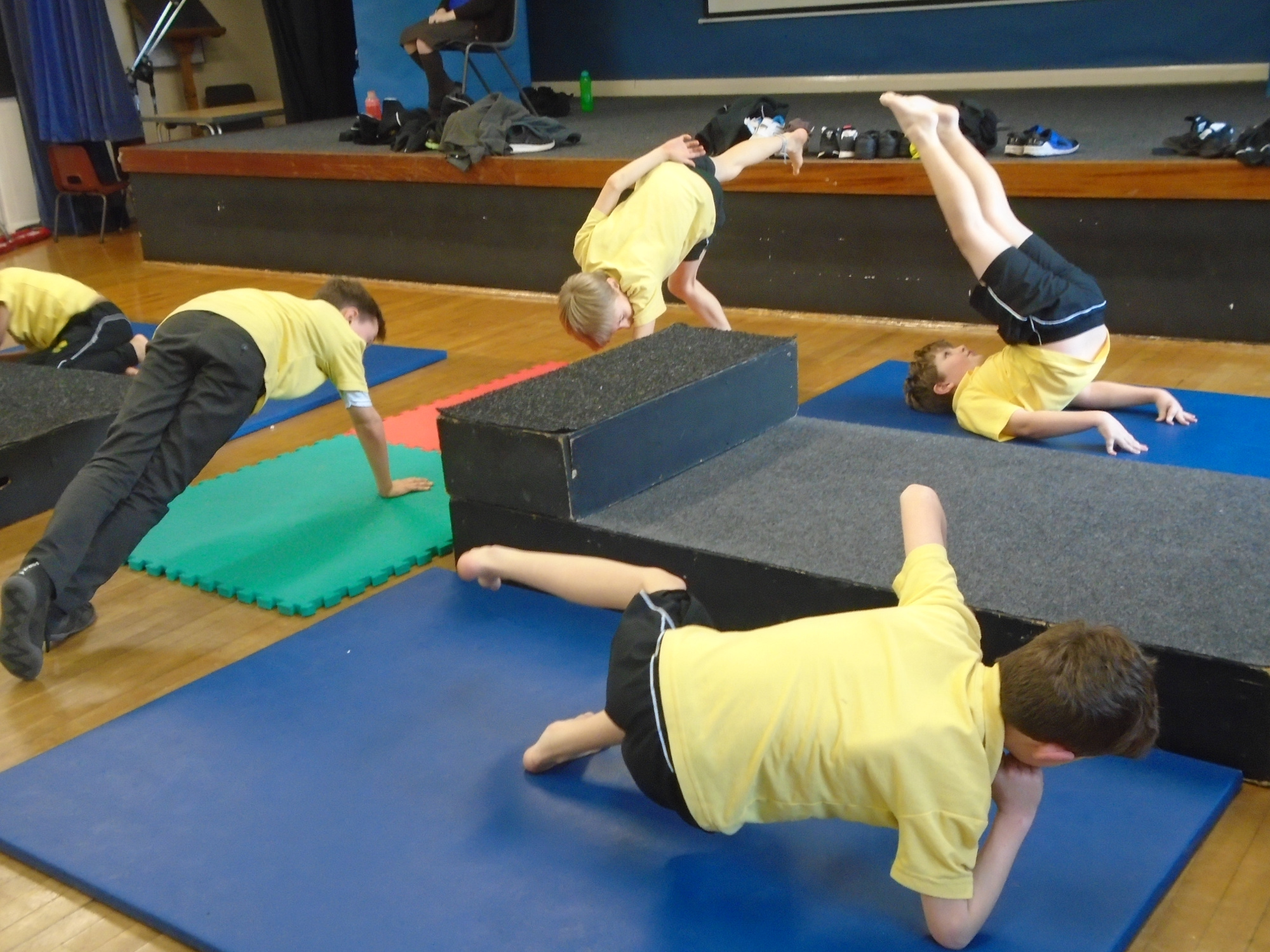 Year 5 are having fun designing and creating 2 giant Grecian temples.  This week we will be adding figures from Ancient Greek myths and legends.  Look out for the final winning design. 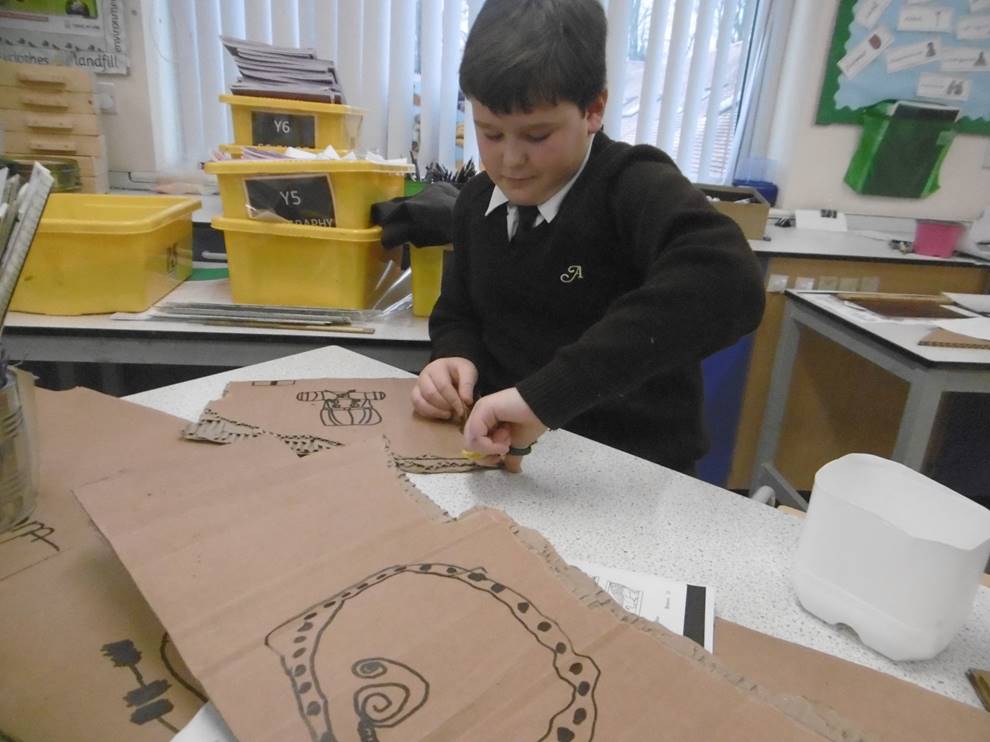 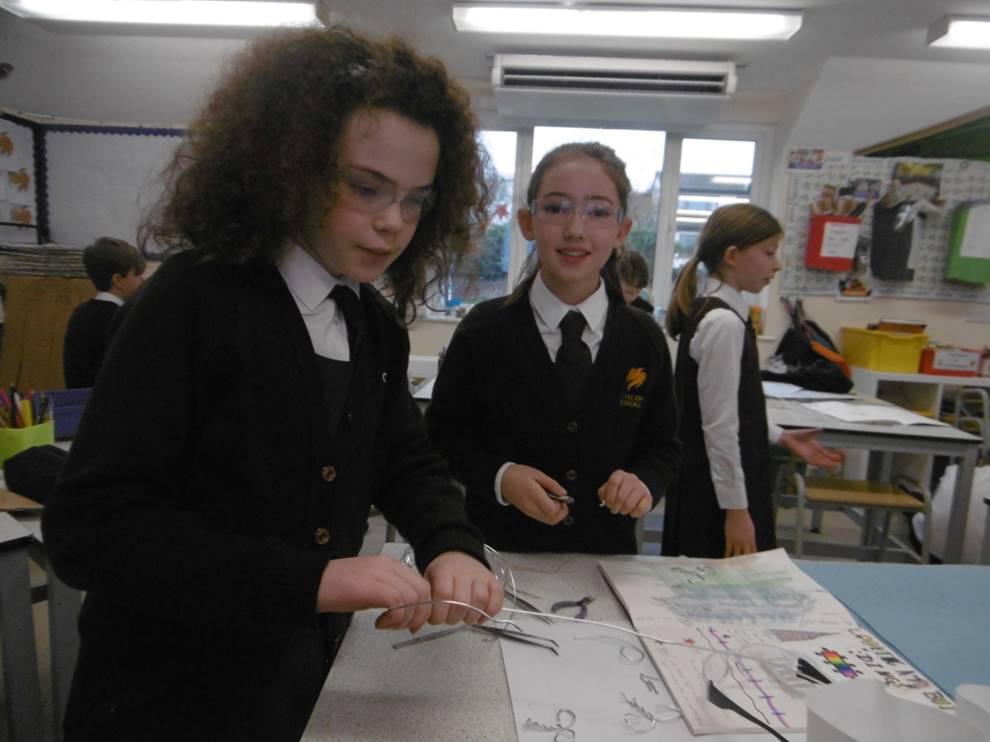 In the last Year 5 and 6 Mindfulness session of the term, the children made Rudolf, Santa or Snowmen 'Pom pom pals.' The children really enjoyed focusing their minds on the creative activity whilst also listening to some soothing Christmas music. 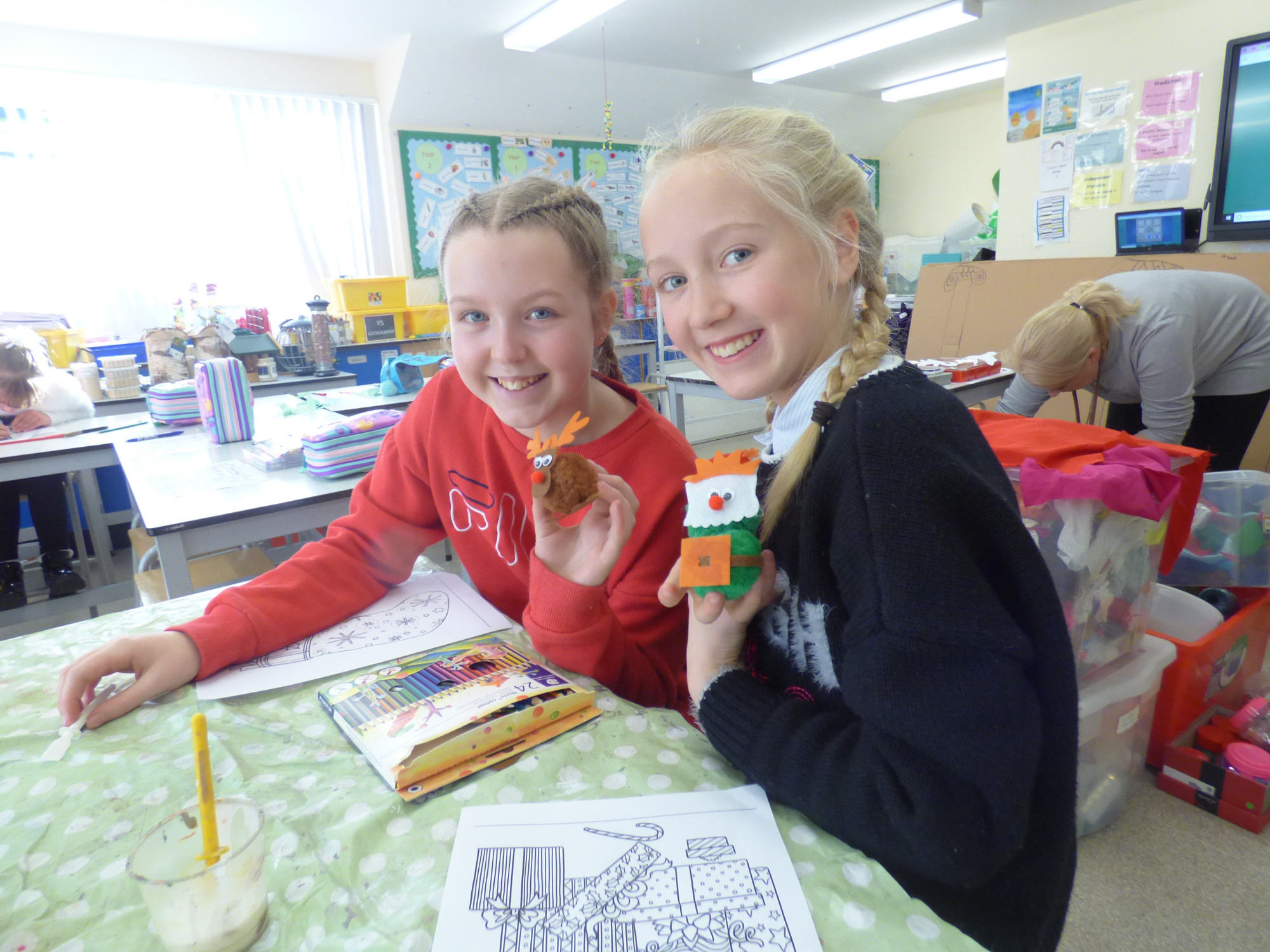 Recently, all the Year 5 and 6 children, girls and boys alike, took part in an Inter-House Netball Tournament. The standard of play was excellent and the games were very competitive, with many outstanding individual and team performances. The children organized themselves fairly so that they had equal playing time and there was a fair mix of girls and boys playing at all times. After six matches, the tournament was won by St. George's team. 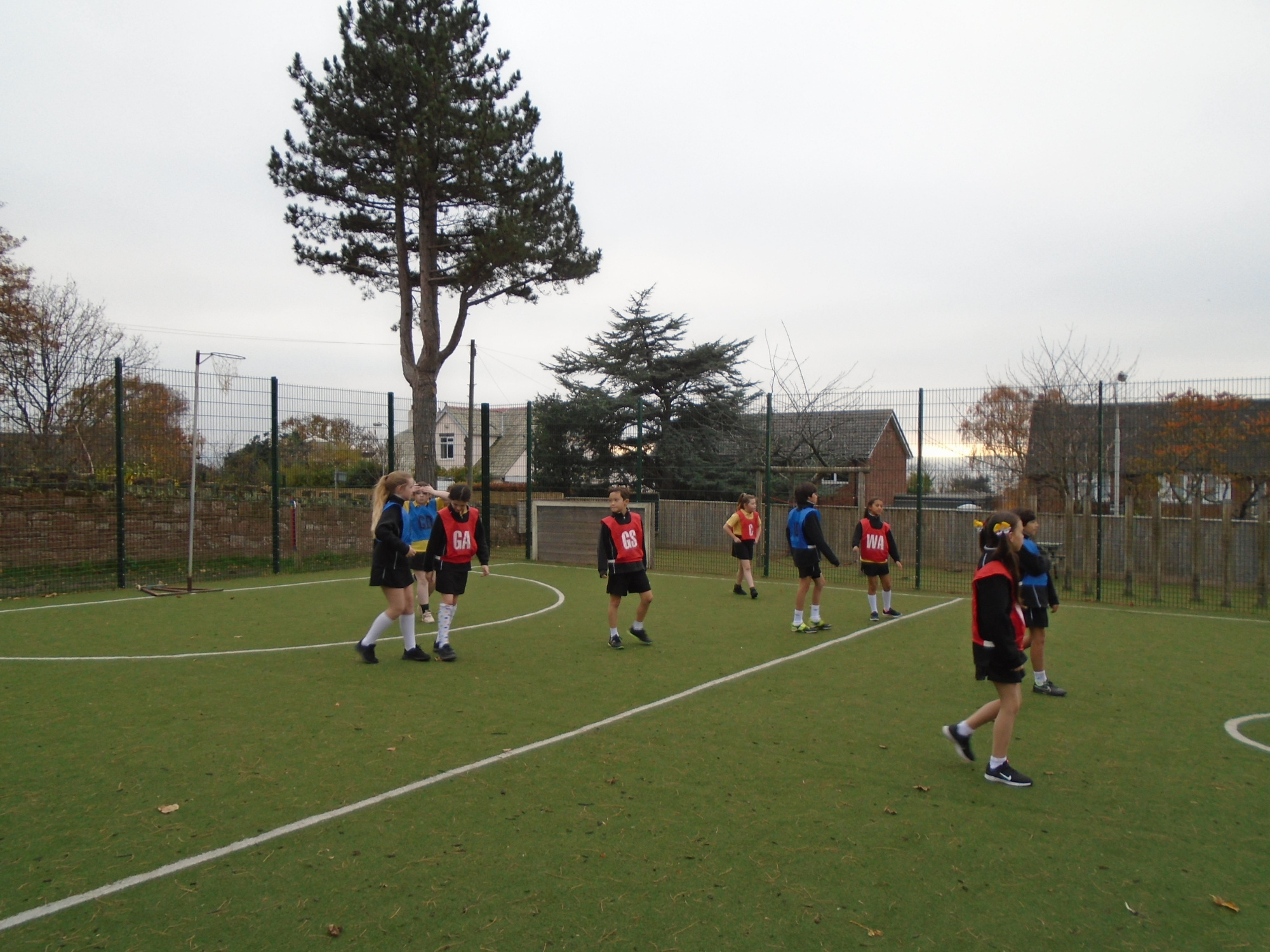 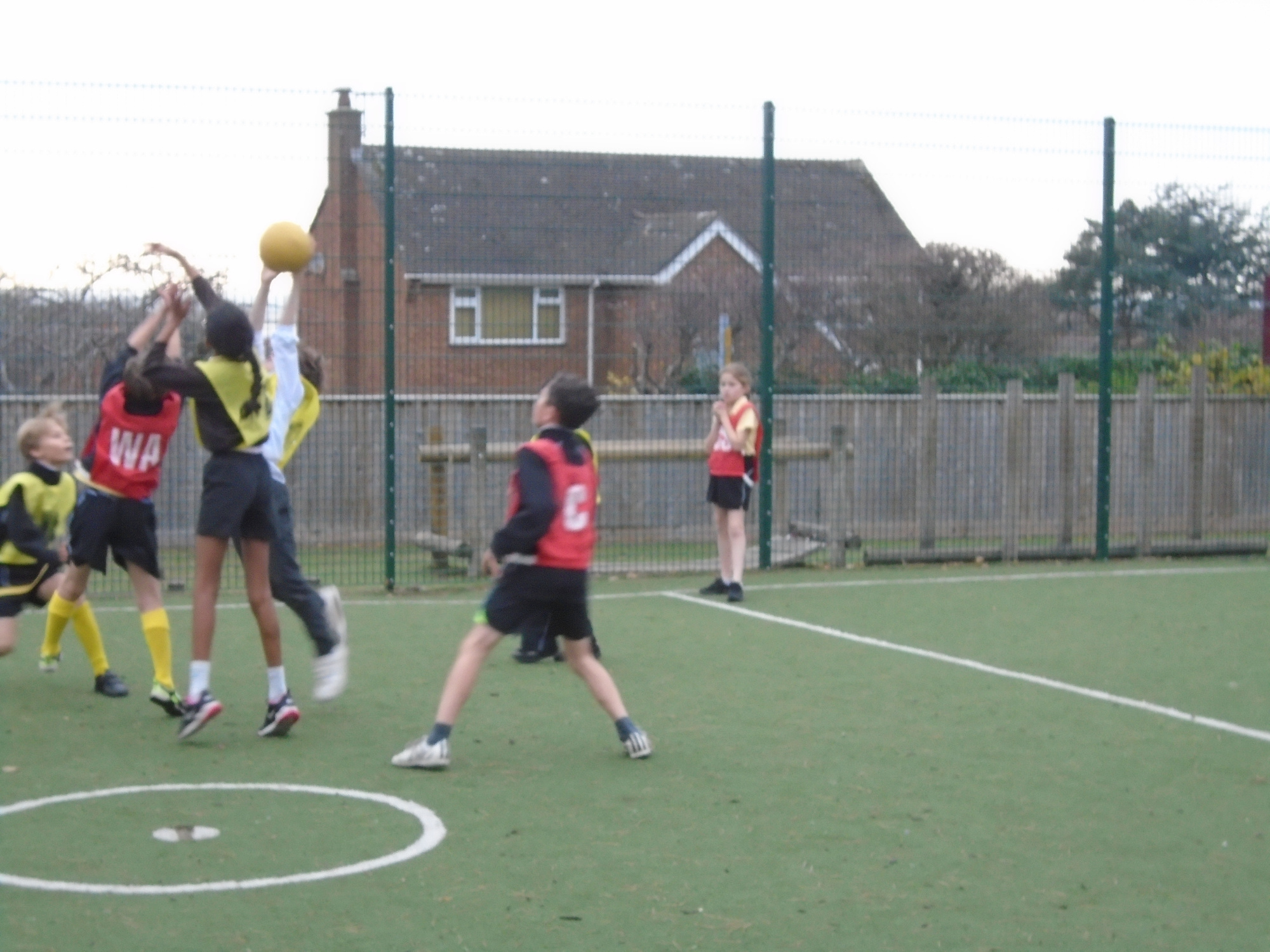 Through our work leading up to Remembrance Day 2018 which commemorated 100 years since the end of the First World War in 1918, the children wrote diaries from the trenches of the First World War. Using Owens’ “Dulce Et Decorum Est” as a background and using archive video, they wrote powerful pieces which capture, in some way, the essence of trench warfare. 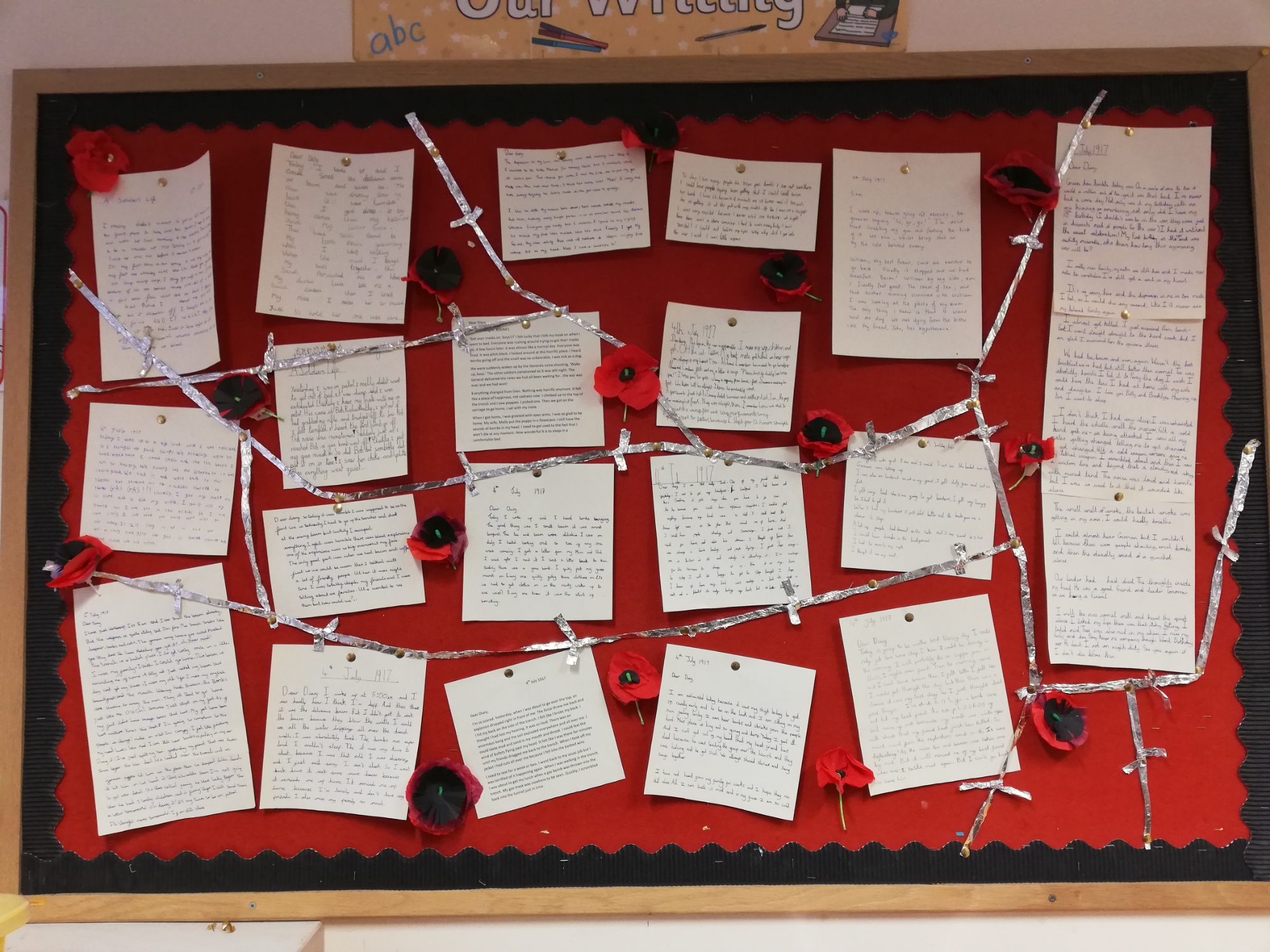 As part of our work on Ant-bullying week 2018, the children have written poems from the perspectives of different people. Some wrote from the point of view of the bully, some from a victim and some from a bystander. Their pieces were very powerful and thoughtful and showed just how much care had gone ito their creation. This one from AE (Y5) was particularly poignant. 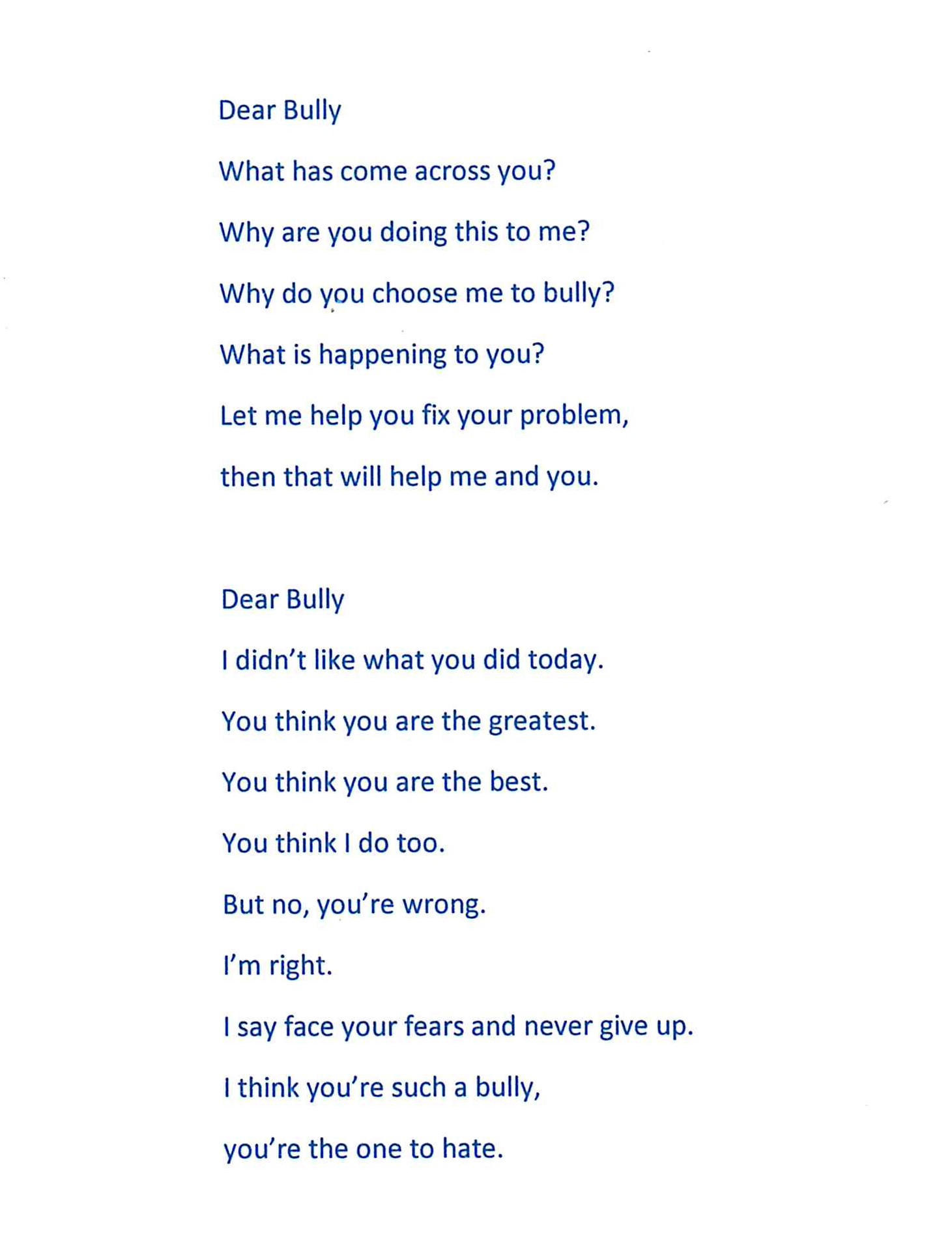 The Year 5 and 6 children have been enjoying football recently. Firstly, to finish off our P.E. topic on football skills, we had an inter-house football tournament in which all children took part. One group of matches were played on the playground whilst the other was played on the field. All the children were able to show how skills learned in lessons could be applied to a competitive match situation.  The results of each group were then added up to get an overall winner: St. Patrick's.

Then, on Monday after school, two teams of players had a mini indoor tournament against Prenton Prep school at the Leasowe Leisure Centre. All the matches were fast, close and competitive but our two teams managed to gain first and second places. As well as demonstrating great skill and commitment, the children showed respect towards each other, their opponents and the referee.

In Mindfulness this week Year 5 and 6 have been learning some new breathing exercises including the 'Shark Fin' and 'Breathing Colours.' They also enjoyed the 'Mindful Eat' exercise which involved enjoying the taste of chocolate and discussing how it made them feel inside. Ava from year 6 brought in a photograph to show everyone of her enjoying a 'mindful' moment just sitting on a beach late at night listening to the sound of the gentle waves. 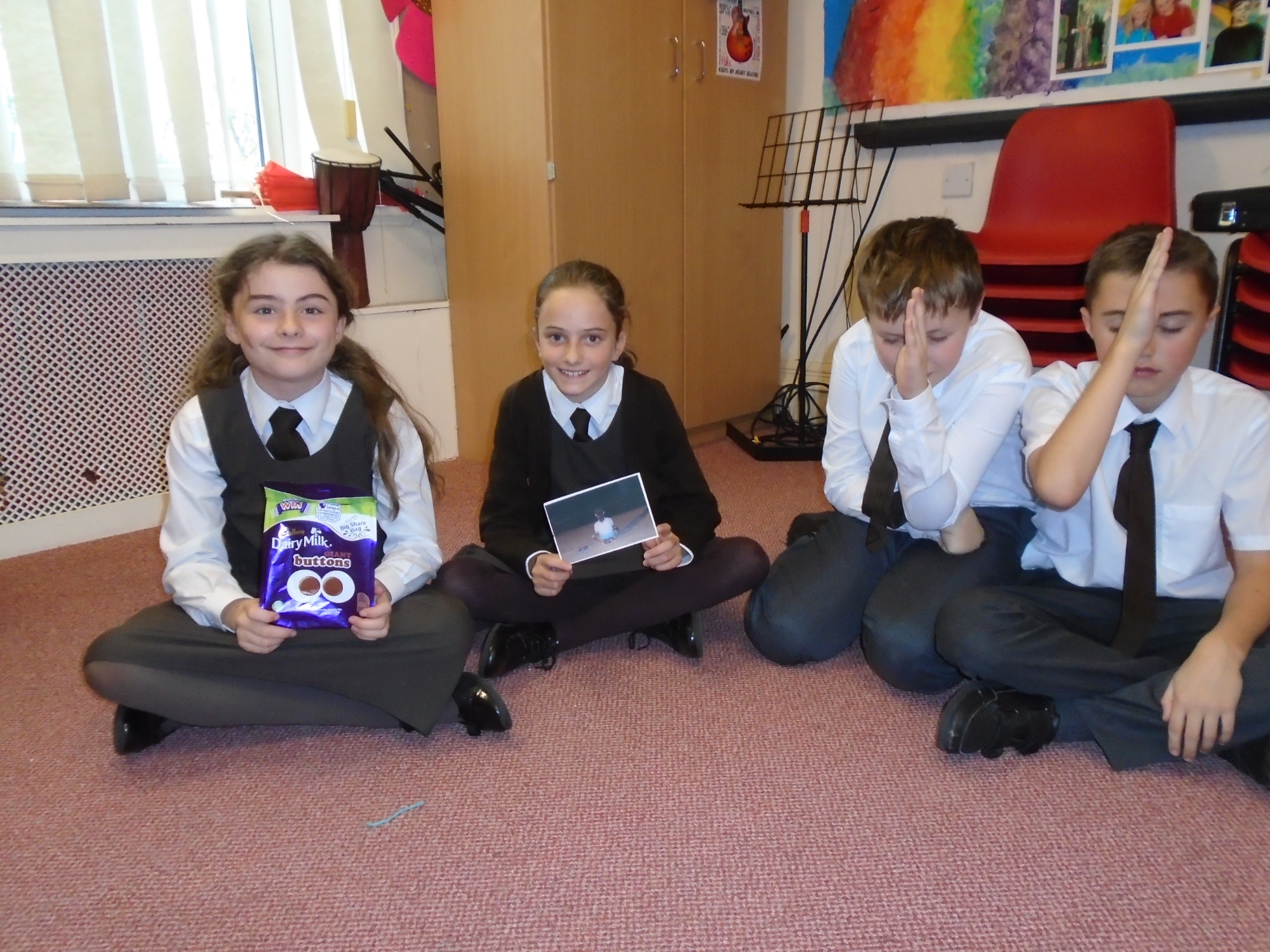 Year 5 and 6 have enjoyed their first weeks of Mindfulness Club. They have been learning some relaxation techniques and how mindfulness can help us all to get rid of stress and tension. They have been involved in activities such as colouring, reading, making posies using lavender and eucalyptus, playing with scented play dough whilst listening to relaxing music in the background.  Just what the doctor ordered after a busy week! 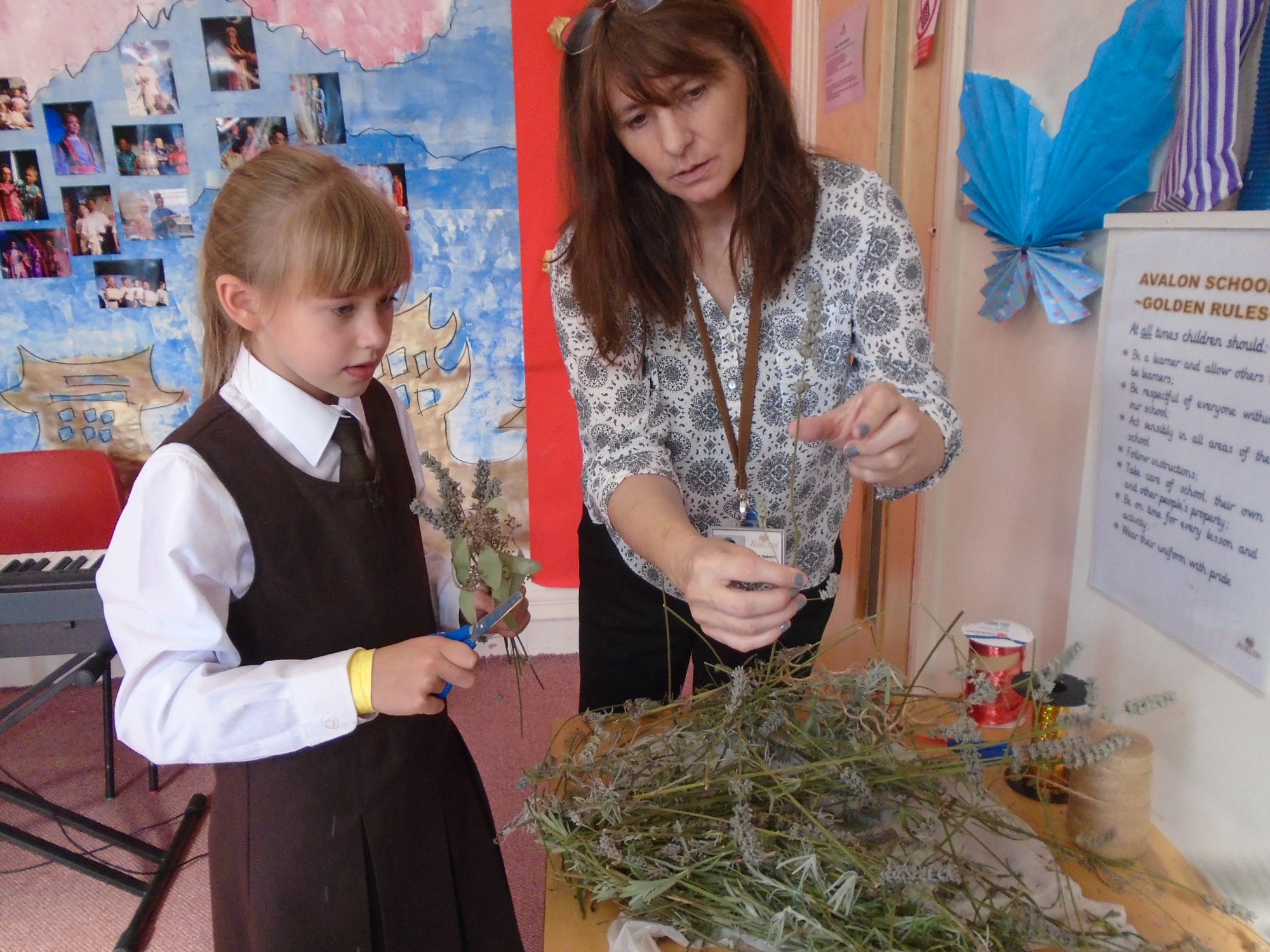 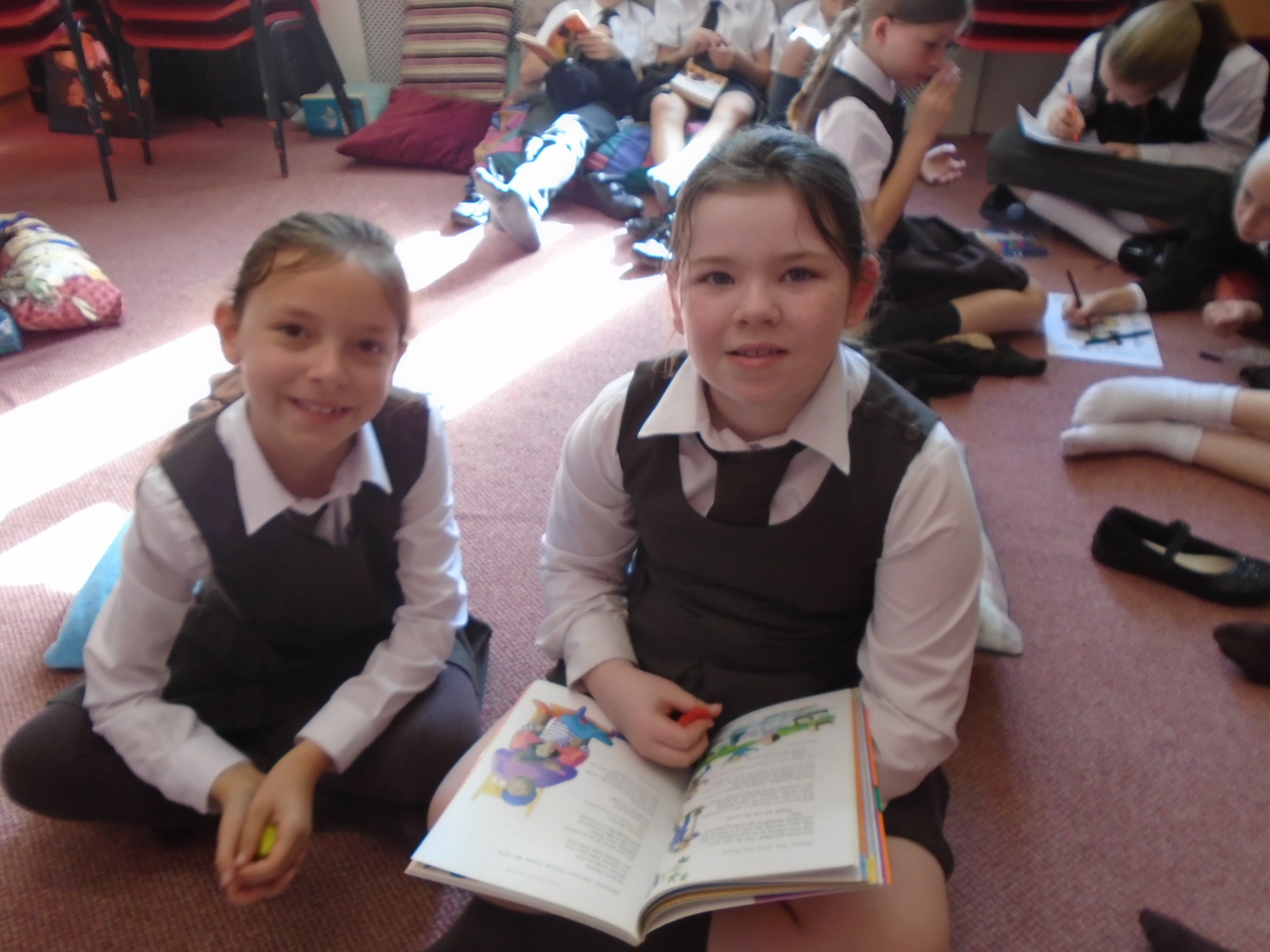